back on line, probably

You will have guessed that there is a happy ending to y internet story.

A fat an in a van cae with such a sokers cough that he could hardly clib the step ladder that he asked e to provide. He ued and ahhed in disgust at the previous engineers work, like one of those hairdressers who tell you that your hair was butchered last cut. He did nothing, but the step ladder scratched the paint work.

Then another nacelle arrived full of en who twiddled things…and then went away.

“Your trouble, Madae, is instability, and the fault is interittent. The whole telephone line down to the village ust be replaced. It will be done by the end of the week. ” (It is about long!)

Meanwhile, Porridge was eagerly awaiting suitors by the garden gate. She sat for hours playing Lorelei, gazing wistfully down the hill, waiting for the pheroones to work. Yes, it was that tie of the year. However, there isn’t uch talent in the neighbourhood. 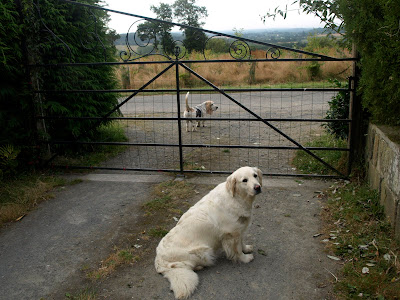 We decided to ignore the weather, and leave our troubles and her suitors behind and have a weekend in the caping car.

When we arrived at Noiroutier (salt capital of ), it was so windy that the caping car was ercilessly buffeted during the night. I couldn’t sleep for worrying it was going to be blown over. In retrospect, perhaps we could have chosen a less exposed destination… 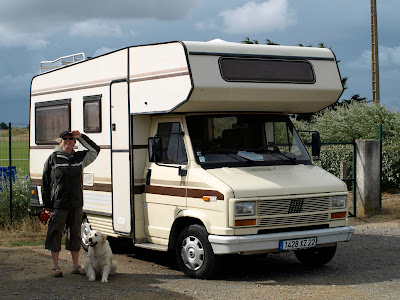 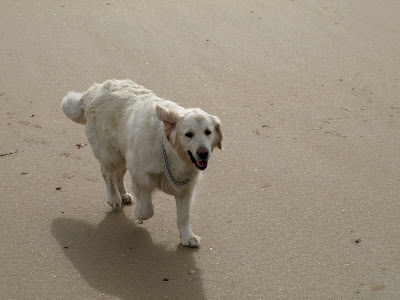 We braved the beach, and wondered whether Porridge’s ears would blow off. 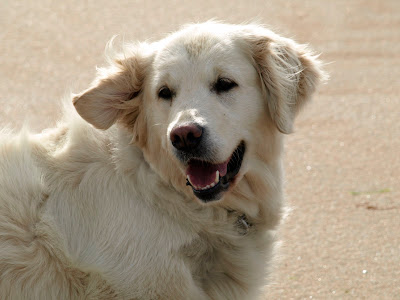 The colours were extraordinary, the clouds draatic, so Mysweet took soe photos and we cae hoe early, to war ourselves up. 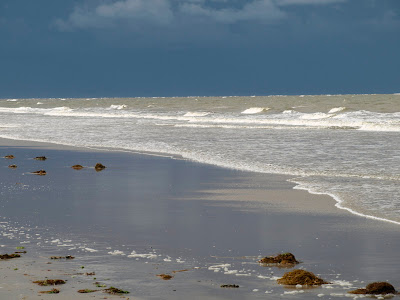 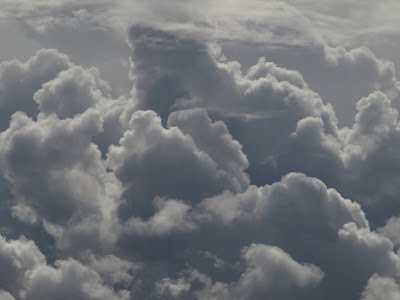 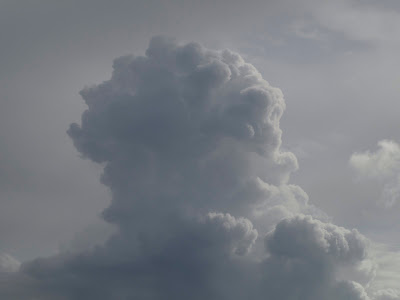 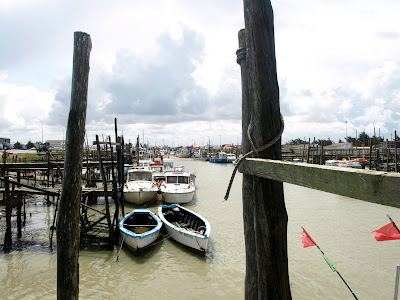 And here is the happy ending:

This orning, another an in a van arrived, with his own ladder.

Aha, I thought, a professional.

He was out in the road, testing the box, and, just like all the others, was copletely ignorant of the passage of the previous engineers.

He laughed when I told hi about changing the cable.“That will never happen”, he grinned. “It would cost too uch oney. We have followed the anglo saxon odel, and we are a private copany!”

But then he found a fault in that box, and he fixed it. And just before he left, he wrote down his personal obile phone nuber, and nae, and said to call hi direct if I have any ore probles.

We have had internet with no interruption for about three hours now.

Move over Porridge, I a in love…

Love the photos, so harsh and lovely.

Good luck getting your service back on and "stabilized"... not so long ago they left us for over two weeks with no service, and kept insisting the problem was in our house and we must have defective filters on the phone lines. Finally it turned out to be in their switching station a couple of miles from here... but over two weeks of aggravation to determine that. GO France Telecom !!!

Looks like a lovely trip to Noirmoutier, even if a bit breezy.

Zhoen, I did give him a call, and he came back DURING HIS LUNCHTIME! do you realise what a great gesture that is for a Frenchman to make? He has identified a bit of cable that was struck by lightning, and replaced it, so here I am again...maybe even for long enough to visit my friends' blogs and see what they are up to at last.
Owen, I think we have a lot of different faults which are very slowly being sorted. I may well disappear again soon...

Lovely photos! Once upon a time, the cable to our house had to be replaced because it had been chewed up by the squirrels, can you believe? Good luck, sounds like a good man this time.

Glad to hear that you are back online- that is the one thing my husband is concerned about with our trip to Mum's. The last time we were there, she just had broadband installed but it wasn't working. Not that he want to use the internet much, just so we can check on hotels for the few days we will be travelling between being in Brittany and Paris.

Can't wait for our trip though, especially as up to two weeks ago we didn't think we could go due to other things. Noirmoutier looks like a good place to visit and in the area we are thinking of visiting. Yeah! goodbye to 100f heat for 2 wks!

Awww, look at the lovely Porridge. Looking at her makes me happy. Reading about your internet problems makes me not so happy -- incompetent technicians must be a universal headache.

Good to see you back up and running.
Porridge does look so pretty there on the beach.
I guess you are much more stable now lol, not so much of a bubbling cauldron, more a simmering pot maybe.